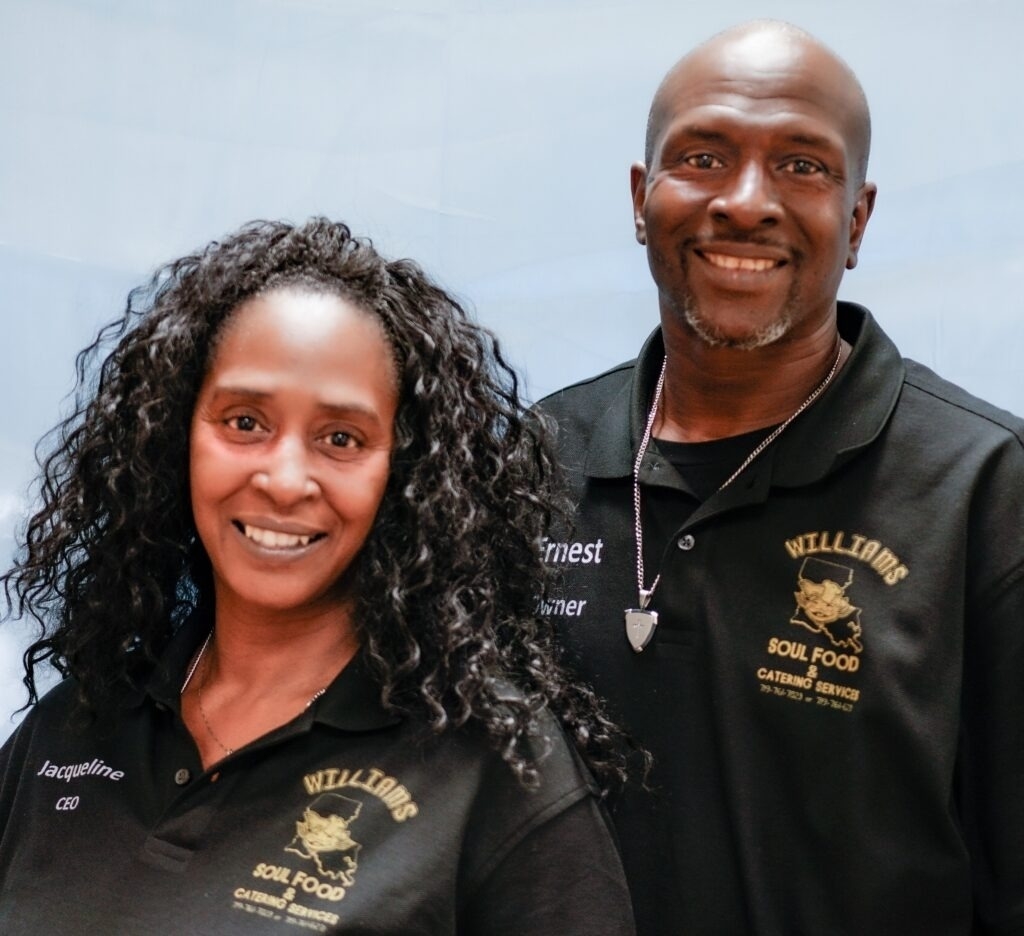 “CEF never gave up on us, and when we ran into challenges, they helped us come up with solutions.”
– Jackie Williams, Owner, Williams Soul Food

Ernest and Jackie Williams are on a mission to bring Louisiana soul food to Colorado Springs with their food truck and catering service, Williams Soul Food.

Originally from Louisiana, Ernest grew up in the kitchen, helping his mom chop veggies while other kids were outside playing, and learning from his father who was a butcher.

After spending time in culinary school, Ernest found himself utilizing his cooking skills in a different way. "I was trying to find my way and got in a little trouble with the law," he tells, going on to explain that while he was incarcerated for four- and-a-half years, he cooked in prison.

Ernest got out, cleared his record, and after spending a few years working various jobs, he decided it was time to start a cooking business himself. That's when he and his wife and business partner, Jackie, started selling their Louisiana soul food plates for delivery out of their car.

Still, they had it in their hearts to do more. That's when they discovered a business course via the Solid Rock CDC and Pikes Peak Small Business Development Center - a course funded by the Transforming Safety Program, designed to help the formerly incarcerated find a path to entrepreneurship and access small business loans.

After completing the course and obtaining a loan through CEF, Ernest and Jackie were ready to expand their car delivery service and open a food truck.

The Williams are thrilled to take their Southern cooking on the road to share their boudin sausage and other Southern classics with their friends and neighbors in the Springs.

What's next for them? Further expansion! "We're already planning an expansion - whether It's a brick and mortar restaurant or another food truck, " Jackie shares.

Thanks to the following collaboration partners: