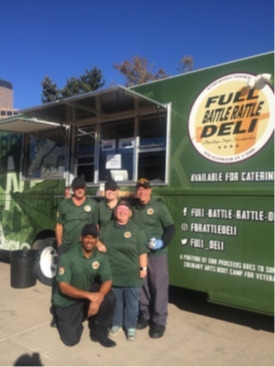 “I couldn’t wait to open my full restaurant to start this program for veterans. So I called CEF back, told them that I needed to shift my loan, rewrote my business plan overnight, and it worked out! CEF found a solution to help me make my dream a reality.”
– Michael Gropper, Owner, Full Battle Rattle Deli

After witnessing some of his fellow veterans struggling to get back on their feet after their time in the service, Michael Gropper knew he wanted to do something to help support his veteran brothers and sisters.

With a background in culinary arts, teaching, and eight years of service in the US Army, Michael came up with the idea to combine his skills and create a nonprofit job training program Culinary Arts Boot Camp. This 11-week program would certify veterans in culinary arts, give them a job while they are in the program, and then help them find employment in the community.

Michael quit his teaching job and signed up for the Denver Metro SBDC’s Leading Edge program for entrepreneurs where he worked on his business plan. While there, he learned about CEF’s VALOR loan program and just a few months later, after receiving his funding from CEF, Michael launched the Brooklyn-inspired Full Battle Rattle Deli food truck, where his first program participants will work out of.

Eventually, Michael plans to open a commercial kitchen where he will run the program classes and is now raising donations for it. But he knew he couldn’t wait for the kitchen to start the program. “Every day those veterans are on the streets is another day they suffer. If I could get this food truck up-and-running and make a difference in just one life, it’d have been worth it,” Michael tells.

It’s more than just a food truck and nonprofit for Michael. It’s camaraderie. It’s family. “I don’t have a wife and kids, but I have my own family with this community of veterans and the family I’m creating in it,” he states.


Thanks to the following collaboration partners: 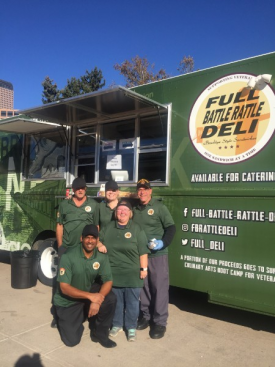 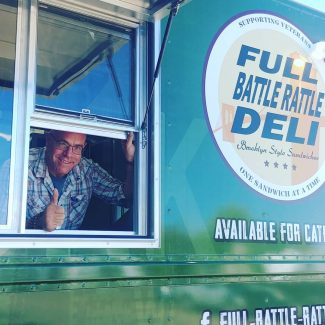 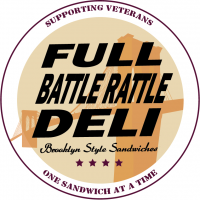